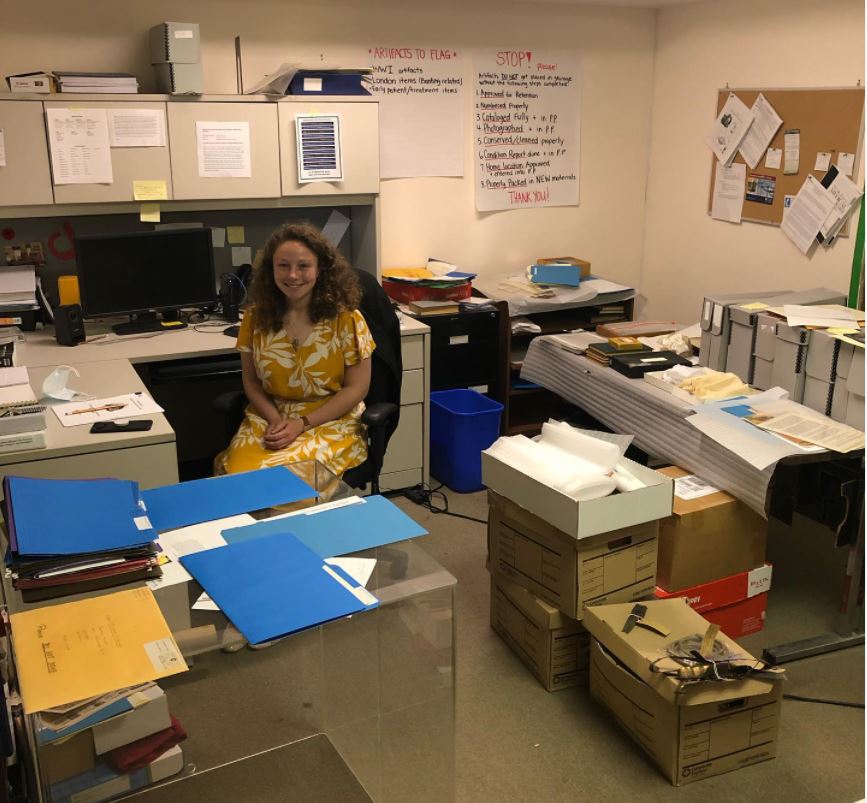 Hello again (and for the final time)! My internship is over, so now it’s time to reflect on the past 14 weeks.

In the bedroom of Sir Frederick Banting at Banting House, guests can write “Dear Dr. Banting” letters just as people did throughout Banting’s lifetime. So, for my final blog post, I would like to share my own letter.

When I first came here to Banting House, I was unsure that I would fit in, or that I was even qualified to preserve your story because I didn’t have diabetes myself or know anyone close to me who did. I remember on my first day, I was looking for examples of blog posts and found example after example of how much you have impacted past interns and how passionate they were to share and preserve your story. I felt I wasn’t on the same level and shouldn’t be here. But now, fourteen weeks later that has changed.

In the past fourteen weeks, I have learned about Teddy Ryder. Teddy Ryder was one of your first patients. He was diagnosed with diabetes in 1920 and lived with diabetes for 73 years. I got to handle his diabetic manuals written by Dr. Elliott Joslin, and his diet sheets from when he was on the starvation diet.

Most importantly, I learned that your story has reached many people from all around the world. I got to meet people who were diabetic and learn just how much your story impacts them. I got to meet parents with a diabetic child and see how emotional they got when they entered your bedroom where you came up with the idea. I also met people who weren’t diabetic. Those who just came out of a general interest, had a friend or family member who was diabetic, or simply people who were passing through London. Each one was meaningful, and I’m happy I got to share your story.

Now fourteen weeks later, I’ve learned that the purpose of preserving and continuing this story is to spread awareness to everyone, not just diabetics. I’ve learned that by simply wanting to learn, understand and share your story I am qualified to be here.

So, thank you! Even as I move on to other museums, I will do my best to continue to share your story and all that I’ve learned in hope that by spreading awareness, someday there will be a cure for diabetes and we can extinguish that flame.

Thank you to all that have followed along with my journey these past fourteen weeks! I hoped you enjoyed learning a little more about what goes on at Banting House National Historic Site of Canada!