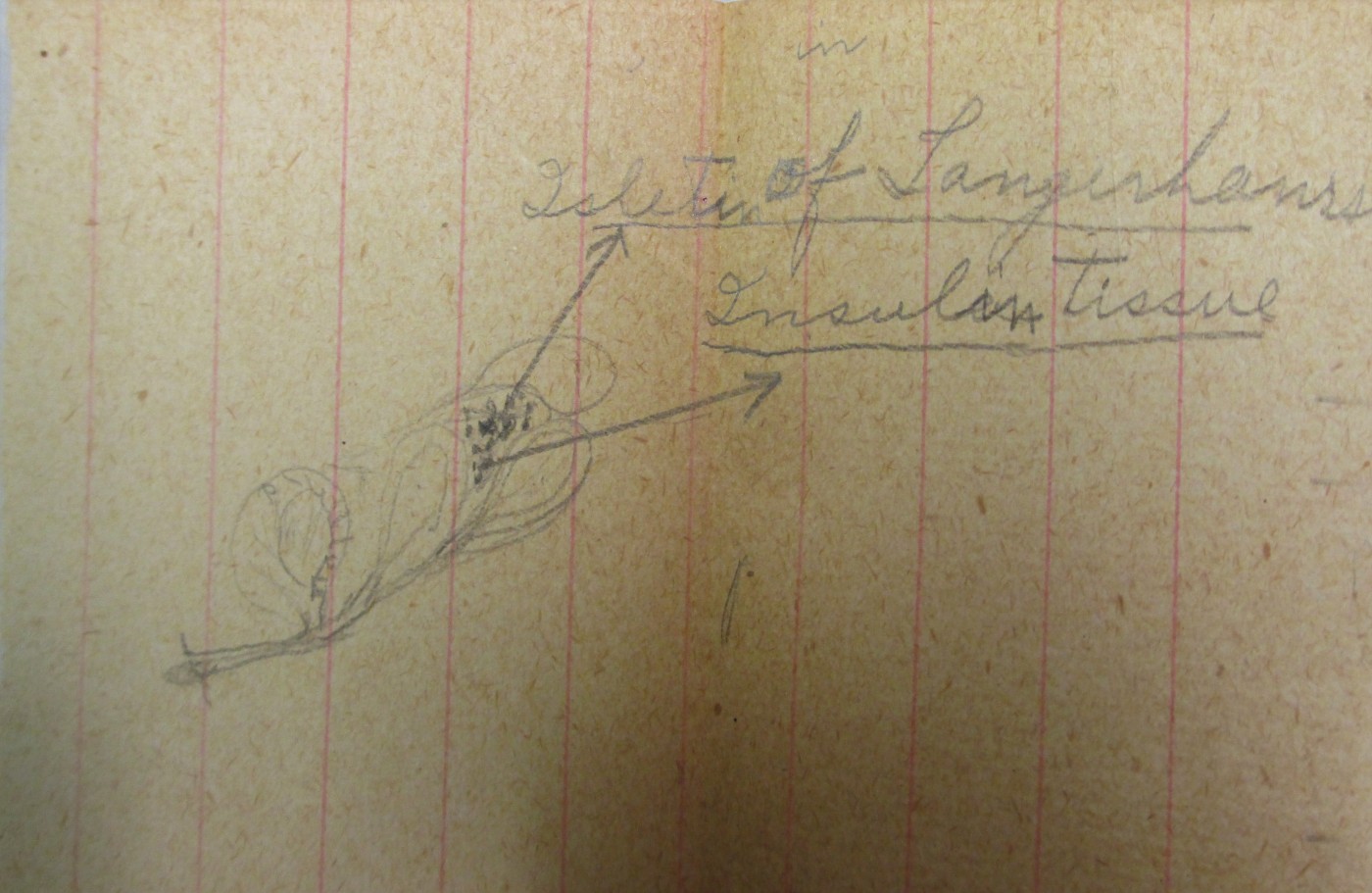 Week 2 has been busy!

I have started research on enhancing the social media program for Banting House by looking at new methods to engage with the public.

I have also completed training to run tours by shadowing volunteers to see what information they bring forward to guest. Within the next couple of weeks I will be running them independently!

Probably being my favourite task of the week, I also had the opportunity to catalogue objects. First, I tackled the Teddy Ryder collection. I worked with some obscure objects such as a pack of cigarettes owned by Banting, and several locks of Teddy Ryder’s baby hair, but the item I enjoyed most was the 1919 edition of The Diabetic Manual for the Mutual Use of Doctor and Patient by Elliott P. Joslin. This copy contained several additional items within the pages. Two of the most interesting were two-four leaf clovers and a drawing of a pancreas (shown below).

Other interesting items included an article titled “Recipes For Use in Filling Out Restricted Diets”, instructions on how to use Cellu Flour, and directions on what to do in an emergency. This book was produced two years before the discovery of insulin in 1921, and looking at the book itself and the additional items one can see the measures taken by parents before the discovery.

Overall, it has been an exciting week getting involved in various areas of the museum world! I look forward to discovering more about Banting’s past and future impact.