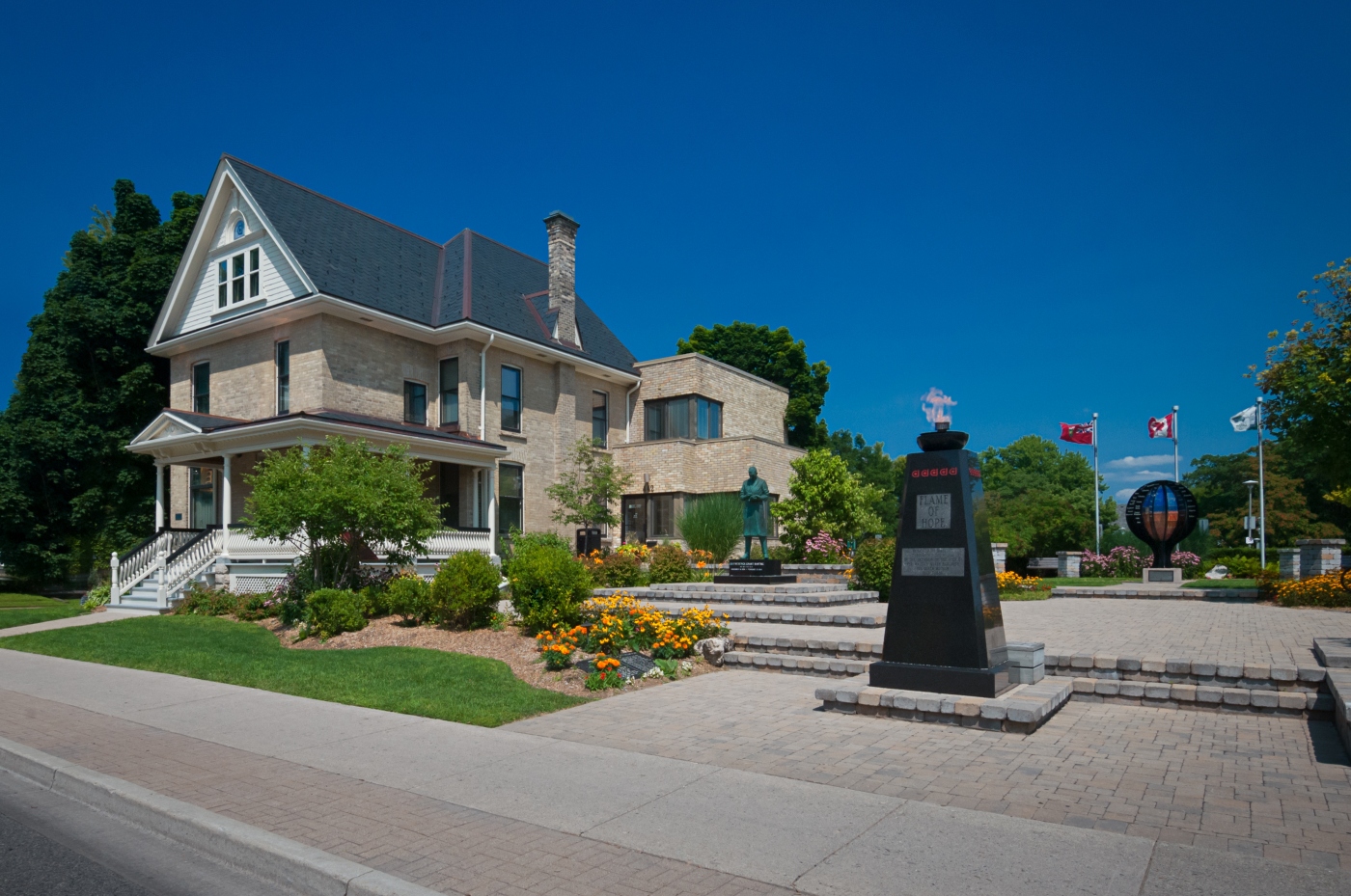 Hi! My name’s Patrick and I have diabetes.

I’m also this year’s intern at Banting House National Historic Site. As a part of my internship, I write a weekly blog post about my experiences, ranging from neat (or mind blowing—fingers crossed) artifacts I find, to fascinating (or mind blowing) stories I uncover. For just one house, this place holds enough history to last a life time. But I only have 11 more weeks so… we’ll see how far I get.

My first week in, and I’ve already stumbled on several wild artifacts and stories, but I think those will have to wait. For this first post, I want to share a story of my own:

The first half of this story takes us back in time. As I wrote up there, I have diabetes. But I wasn’t the first person with diabetes in my family. While I was diagnosed only 7 years ago, my older brother was diagnosed 16 years ago. My father has diabetes, both of my grandfathers had diabetes, among other extended family too. Needless to say, after my later diagnosis, our entire family identity was synonymous with diabetes. But perhaps the most touching part of this family identity is that without the work of Banting, Best, Collip, and Macleod, my mother would have lost both her children in less than a decade.

I think this little story relates well to one of Banting House’s main goals: to acknowledge and maintain the histories and overall experiences of people with diabetes. Banting’s idea for insulin back in 1920—the idea he had in the preserved bedroom of this museum—is certainly significant as a scientific discovery. But its true significance, its significance and meaning for those outside the scientific and medical communities, is that his (along with Best, Collip, and Macleod’s) discovery saved, and continues to save, the lives of countless people.

The second half of the story is far more recent. My internship here at Banting House is the culmination of the year-long Public History Master’s Program at Western University. The program teaches us how to share history with public audiences (often through institutions like museums). Throughout the school year (September to April), all the public history students work together on one massive group project, where we gain hands-on experience working with a museum and/or community partner to get a taste for what public history beyond the university is like.

This past school year, from September 2020 to April 2021, the group project was supposed to be in partnership with Banting House on a big 100th anniversary of diabetes exhibit. I remember hearing about this partnership 2 years prior when I was just beginning the 3rd year of my undergrad. A year later, when it came time to apply for various grad programs, a major deciding factor between Western’s and Carleton’s public history programs (both of which are phenomenal), was Western’s involvement in the Banting House project. I thought to myself, “if I only ever do one thing as a public historian, and that thing is work on a 100th anniversary of insulin project for the national historic site, then I will have accomplished all I need to in this business. If I get this degree and end up going in a completely different direction, but I was one of few people to actually create a 100th anniversary exhibit for insulin (not any exhibit, but the 100th anniversary exhibit), then I would be happy.” So I chose Western. And then the world stopped for a while.

There are definitely things far worse about the COVID-19 pandemic than having to cancel our big project partnership with Banting House, but it still stung. I was so excited to work on that project and it was definitely disappointing when we couldn’t. We still did a small project in partnership with Banting House and that was absolutely my favorite project of the year, but I still felt like something was missing. I wanted to be a part of the 100th anniversary celebration and commemoration. In many ways, it felt like I needed to.

And that’s what brings us here. In choosing my summer internship for the program, I went with Banting House because of its personal connection to my and my family’s past, and because I could fulfill my one main goal as a public historian (of course, now, I have hundreds of other goals too, but I feel so glad and lucky that I can fulfill this original one). And as I type this, I am simultaneously doing exactly that. At the very end of last week, I went through an entire collection of artifacts for an exhibit on a significant person with diabetes during Banting’s discovery period. I’ll reveal more as we get closer to the exhibit’s opening date, but for now, keep your eyes out for an online teaser exhibit in the middle of July—it’s coming!