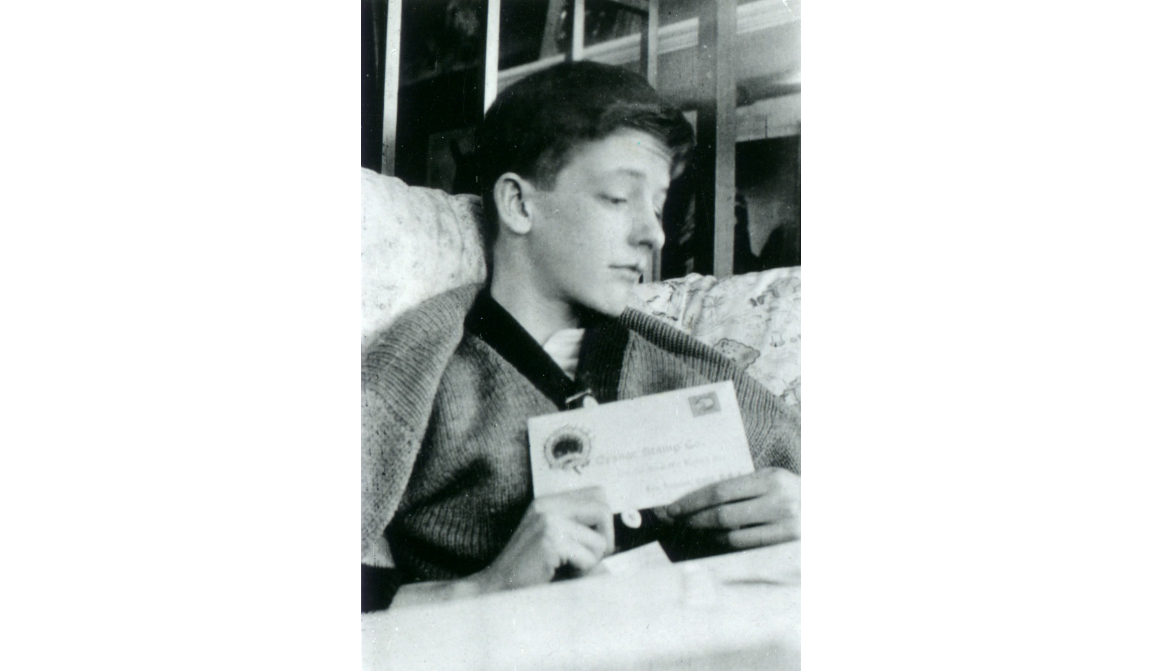 James “Jim” D. Havens from Rochester, New York was first diagnosed with diabetes at age fifteen in 1915. Dr. John R. Williams prescribed him the Allen Diet, the leading treatment for diabetes at the time. The Allen Diet was a starvation diet which determined how many calories a person with diabetes could intake within a day while maintaining healthy levels of blood sugar. The number of calories one could consume diminished over time with most individuals eventually dying of starvation. Many people living on the Allen Diet did not survive longer than a year, however Jim lived on the diet for eight years. When Jim was first diagnosed at age fifteen, his body could intake approximately 1900 calories. By age 20 he had to eat less than 500 calories a day. At 22 years old Jim weighed 74 pounds and Dr. Williams determined that he had “lost all tolerance for food”. Jim was confined to his bed and experienced extreme pain in his legs. Dr. Williams felt defeated and did not know how to help Jim any further.

The Havens family was devastated that they were watching their son waste away. Prior to his diagnosis, Jim was an aspiring artist and now he could barely hold up a pencil and book. James S. Havens, Jim’s father and head of the legal department at Eastman’s Kodak Co., used his connections to reach out to individuals all over the United States for help but had no success. In early 1922, James met with George Snowball, the manager of the Kodak store in Toronto, and asked if he knew of any breakthroughs in diabetes treatments in Canada. Though Snowball did not know of any he promised that he would ask his golfing buddy who was a doctor. This “golfing buddy” was Dr. John J.R. Macleod who described Dr. Banting, Charles Best, and Dr. Collip’s work with insulin at the University of Toronto. James wrote a letter to Dr. Banting begging him to send insulin to Rochester to begin treatment for Jim. As supplies were limited and they were still early in the experimentation process, Banting was hesitant but agreed to send a small amount of insulin.

Dr. Williams administered the insulin to Jim on May 17th, 1922 but they reported back to Banting that there were no clear improvements. Dr. Banting made the trip to New York himself to oversee Jim’s treatment. He brought with him a large amount of the experimental insulin. Banting and Williams remained awake all night administering insulin to Jim every two hours in an attempt to determine how much his body needed. In the morning they determined that Jim was “sugar-free”. Jim was able to eat a full meal for lunch that day and within a week was beginning to regain his strength. To his family’s delight he was now able to draw again. On December 11th, 1922, Jim wrote a letter to Banting describing his treatment and his experience eating egg and toast for the first time in years. Jim was so delighted by the experience that he said egg and toast was the “only food necessary in heaven.”

Though there had been successes in Jim’s treatment, he still faced many challenges in the early days. As insulin was still an experimental drug in mid-1922, his doses had to be secretly smuggled across the Canadian-American border. The insulin extracted at this stage was “fairly crude” and contained protein impurities which caused inflammation at the injection site. Jim experienced such horrible pain from the inflammation that he greatly reduced his intake of insulin. This caused him to once again decrease his caloric intake. Luckily, in 1923 Eli Lily & Company of Indianapolis began producing an insulin extract that had a higher potency and therefore was less irritating. However, Eli Lily initially only produced pork insulin which Jim was extremely allergic too. It wasn’t until October when Eli Lily was able to supply Jim with beef insulin that he was able to regulate his insulin treatment without severe side effects.

On this insulin treatment Jim regained his strength and was able to once again pursue his passions. He studied art at Rochester Athenaeum and Mechanics Institute and became extremely skilled in painting, printmaking, and wood engraving. He had a successful career as an artist creating many beautiful landscape images. In 1927, he married Gladys Corland and they had two children together, James and Tina. Jim died of cancer in 1960, but his memory has lived on through his decedents, his art, and his role in the early stages of insulin development.