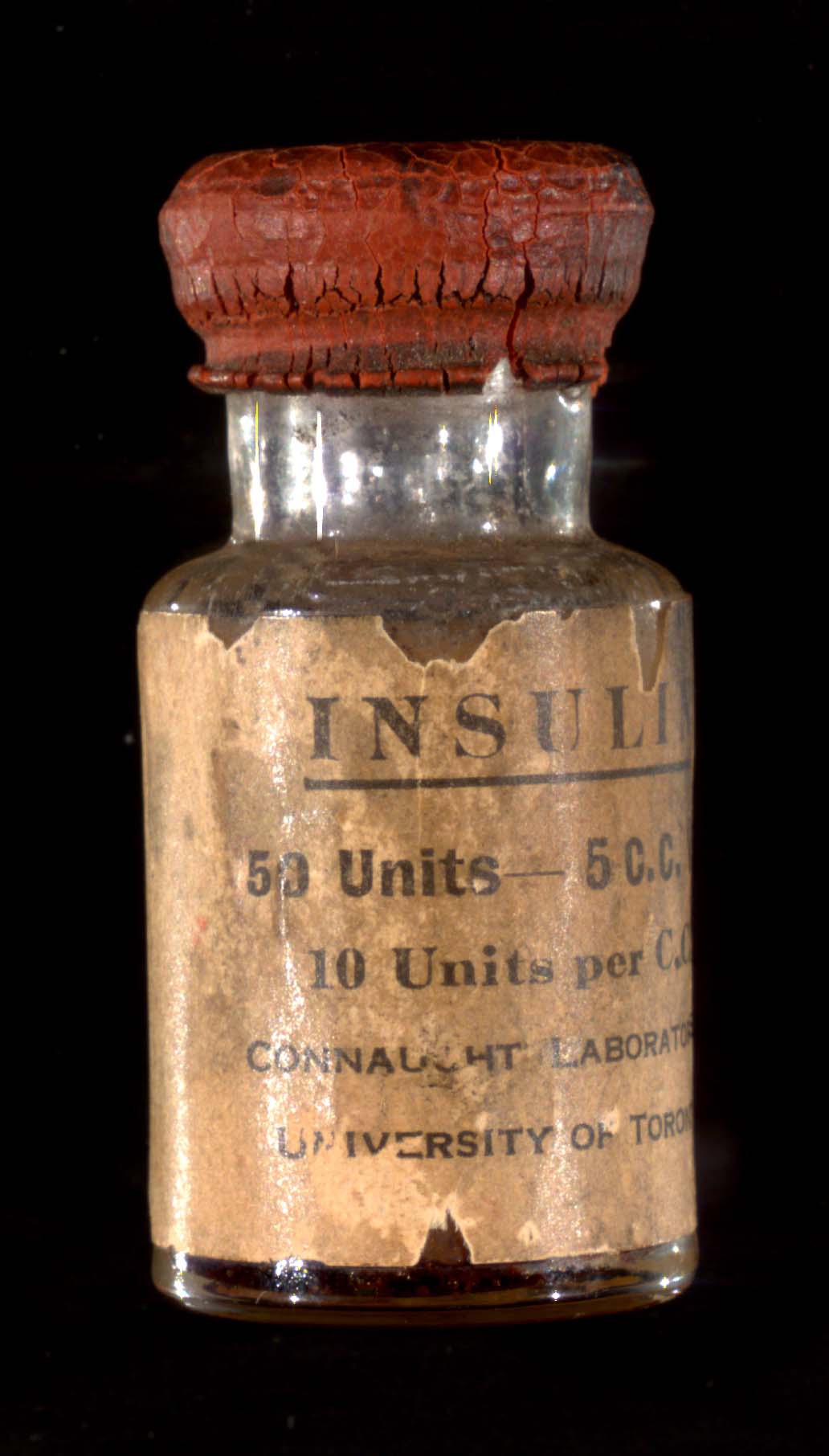 About the sale of the patent of insulin for $1 Banting reportedly said, “Insulin belongs to the world, not to me.”

Banting first met with Dr. John Macleod on November 6th, 1920 to share his idea for how to isolate what would come to be called insulin. Though Macleod was initially wary of Banting, as he had never worked in diabetes research before, he eventually granted him lab space at the University of Toronto to conduct his experiments with the help of his research assistant Charles Best and later Dr. Collip. Their lab was two floors above the office of John Fitzgerald of Connaught Labs.  After the discovery of insulin, Fitzgerald noticed the need of support and offered them Connaught’s facilities and $5,000 to expedite the process of production. On January 23rd, 1923 Banting, Best, and Collip were awarded the American patents for insulin which they sold to the University of Toronto for $1.00 each.

Now was the task of figuring out how to mass produce insulin to get it to individuals with Type 1 diabetes. The University of Toronto was a school not a pharmaceutical production facility so they had to find help. U of T allowed Eli Lilly and Co., an American pharmaceutical company, to produce insulin in exchange for a one year distribution monopoly. Connaught Labs continued to produce insulin in Canada. They needed to figure out how to distribute the built up supply of insulin to Canadians and find space to expand their insulin facilities. Connaught Labs bought U of T’s former Y.M.C.A building that was slated to be demolished and established a new laboratory there. They reported that this new “insulin factory” overseen by Charles Best would allow the Connaught Labs to supply insulin for all Canadians at a reduced price. By November 1923, with the completion of the new lab Connaught was able to produce 250,000 units of insulin weekly (the average person with Type 1 averaged 15–20 units a day). This increased production allowed them to drop the price from 5 cents to 2 cents per unit.

The price of insulin in 2018 is an extremely controversial issue. According to the American Diabetes Association between 2003 and 2012 the price of insulin in the U.S.A  tripled. This has made this life-saving medication difficult and sometimes impossible to afford for those with Type 1 diabetes. Not to mention the cost of other equipment and devices to monitor blood sugar levels and administer insulin. Even in Canada, insurance does not always cover the total cost of insulin and many people have to pay out of pocket. This greatly effects people with diabetes who are of low-income. A Diabetes Canada research study that began in 2002 reported that, “57% of Canadians with diabetes say they do not comply with their prescribed therapy because they cannot afford their medications, devices and supplies, thus potentially compromising their diabetes management”. I think looking back on the history and Banting’s sentiment that insulin belongs to the world instead of any individual should inspire discussions surrounding these issues.

9 thoughts on “Insulin Patent Sold for $1”