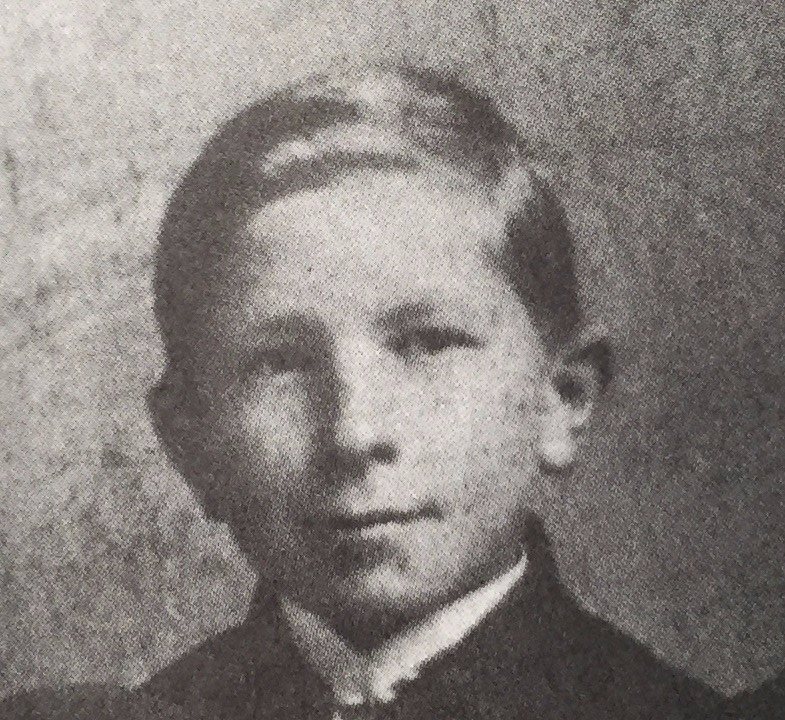 To celebrate Banting’s 127th birthday this past Wednesday I decided to dedicate this week’s blog post to his childhood. I recently realized that I didn’t know much about Banting’s life before he started University, so I cracked open a few books and did some research. What I found was fascinating information that shed light on his actions later in life!

Frederick Banting was born in Alliston, Ontario on November 14th, 1891 to parents Margaret and William Banting. He was the youngest of five children, having three older brothers and one sister. His parents owned a one-hundred acre farm that produced fruit, vegetables, and grains, and housed cattle, sheep, and pigs. At age six Banting started school. He received average grades in his classes. A former teacher would later say, “Banting was not a remarkable scholar.” He was very shy and was afraid to answer questions in class. His least favourite subject was spelling; he later recalled, “I simply could not spell. Every word seemed to have about three ways of spelling. It was a guess and I invariably guessed wrong.” There is some irony in this as later in life he would misspell the word “diabetes” in his 25 word hypothesis. However, as this document was written at 2:00A.M. I think this mistake is understandable.

Banting began developing his artistic abilities as a child. The artistic gene ran in the family as his aunt, Elizabeth Grant, was an amateur painter, and his brother, Nelson, was skilled at pencil and chalk. Banting began sketching the nature and animals found on the family farm. As he grew older, he began practicing his drawing by imitating cartoons he saw in magazines. He gifted these drawings to his family members on special occasions. He later abandoned painting while at University as he did not have time, but rediscovered his passion in 1920 while living in London, ON.

Banting’s first encounter with medicine occurred when he was walking home from school one day and stopped to watch some men installing shingles on a roof. The scaffolding on which the workers stood broke and the men fell to the ground. They were both badly injured so Banting ran to fetch the local doctor. He watched as the doctor meticulously attended to their wounds. He was fascinated by the precise movements of the doctor’s hand and from that moment on was interested in the field of medicine. While on his university application he wrote that he wanted to be a teacher after failing his classes he decided to make the switch into medicine- a decision that would change the world forever.

There is so much to say about Banting’s childhood that cannot be summed up in a blog post. But I know that this research has expanded my understanding of Banting the man.

2 thoughts on “Banting as a Boy”