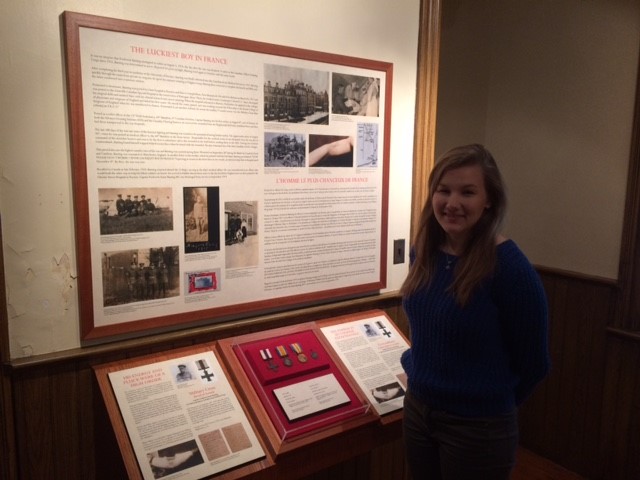 Every time I meet someone new and they ask what my degree is in the next question is “What are you going to do with that?”. Usually I shrug my shoulders and remark “Who knows? But I’m sure it’ll be fun”. And so it has, that “interesting choice” and the “boy, that’s different” degree, brought me here.

I asked to intern at Banting House NHSC because it encompasses both my areas of interest, health and history, in one building and in one man. His extraordinary story drew me in, his “tinkering” in what interested him and his ability to excel in each of his projects is admirable, and his discoveries are life changing!

However, what I appreciate more than anything else is his capacity to care. His discovery of insulin could have made him a rich man but instead he sold the rights to the University of Toronto for a dollar because he believed that the treatment belonged to the world. He also believed that as a military researcher “you must be willing to take some of the risk yourself” so he tested his treatments for mustard gas on his own body.

His life was led in service to others and that is certainly something worth imitating.

This post was written by Juliana van Gaalen, intern at Banting House NHSC. Juliana is currently completing her BHSc in Health Studies with a Major in Museum and Curatorial Studies at Western University.