In my last week at Banting House, I wanted to take a moment to reflect on some of the things that I have learned while I was here and what this experience has meant to me! When I first arrived, I knew very little about what diabetes is and how it has affected so many people around the world. I also had no idea how remarkable, yet, ordinary Dr. Banting was as a person. So I decided to create a list of the top 10 things I never knew about Dr. Banting which might intrigue you too! 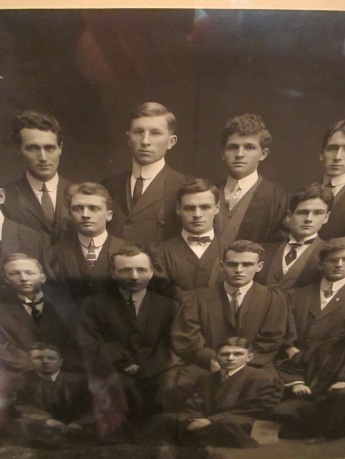 Banting posing with his classmates.
(He is standing in the center in the back row!)

An anonymous Dear Dr. Banting Letter written by a visitor to Banting House!

I think the most important thing that I have learned during my time here, is that while Banting has accomplished so much in his tragically short life, he is an amazing Canadian! I am grateful for the opportunity to have work at Banting House and to have met so many incredible people along the way! Thank you!!

This post was written by Jessica Baptista, Museum Interpreter at Banting House NHSC. Jessica recently graduated with a B.A.H. in History from Queen’s University and is currently pursuing her Masters of Museum Studies graduate degree from the University of Toronto.